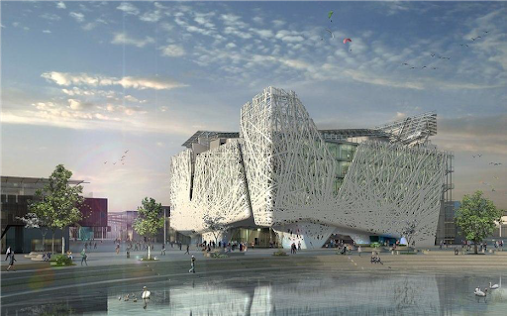 Expo 2015 in Milan, the Italian architectural firm, the air-clearing of the Palazzo Italia unveiled its work

Previously, Dutch scientists said they could reduce the nitro oxygen in the air by 45 percent, using photocatalytic materials on the roads. Researchers from the University of Sheffield also obtained a poster containing microscopic titanium dioxide nano-particles and cleaning nitrogen oxide. Thanks to this, giant billboards are aimed at getting rid of the pollution of highways. In another project inspired by the trees, Canadian scientists are aiming to turn the carbon dioxide in the air into the fuel.

Another building that filters air pollution was the Manuel Gea González Hospital in Mexico, which was made in 2013 in the first five in the world in air pollution. The hospital was made in 2500 square meters. This building is able to clean the air pollution produced by a thousand vehicles a day with the titanium oxide surface. With this technology developed by a Berlin company, titanium oxide tiles are activated by daylight and neutralizes pollution (nitrogen dioxide).
With a similar technology, the Palazzo Italia in Milan, which was made in 2015, is a larger work feature with a space of 13 thousand square meters. “We wanted to build an osmotic organism, like a tree that pulls into carbon dioxide and gives out oxygen,” says Michele Molè, a building architect. The outer façade of the biodynamic cement containing titanium oxide, with its structure, captures nitrogen oxide pollution and transforms it into harmless salt. This harmless salt flows off the surface with the rain. This material only increases the cost of construction by 4 or 5 percent. Furthermore, the Palazzo Italia also consumes 40 percent less energy from conventional structures and does not pollute the air at all. 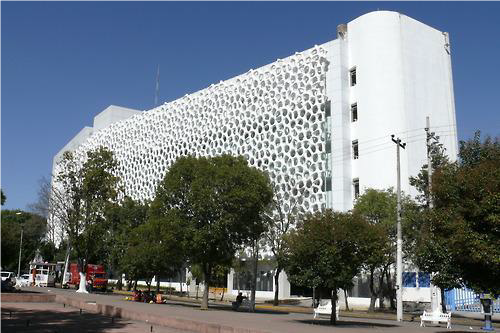 The entire exterior surface of the structure and part of the interior of the building contains active biodynamic cement panels. With this technology, the activation of certain contaminants in the air is captured and translated into salt thanks to direct sunlight in the material. So the smoke in the atmosphere is cleaned. 80 percent of the air-cleaning cement was obtained from recycling materials such as “Carrara marble”. This energy-saving structure will be produced throughout the day, thanks to the photovoltaic glass roof to be placed in the Palazzo Italia.

It is possible to use the buildings as well as the air-cleaning cement, pedestrian sidewalks, highways or other areas where air pollution is high. This structure, inspired by nature, is very promising in terms of environmental impacts and health, as the world’s reports of severe air pollution have increased.